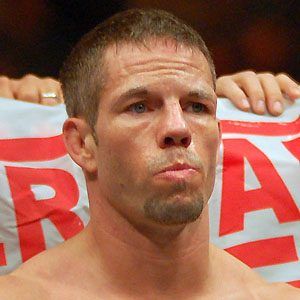 Lightweight fighter who turned professional in 2003 and competed in The Ultimate Fighter 2.

He started an amateur boxing career at age 14.

He had four children from his first three marriages: Monica, Alexis, Emma and Duncan.

He scored a split decision victory against Chris Lytle at UFC 93 in January, 2009.

Marcus Davis Is A Member Of