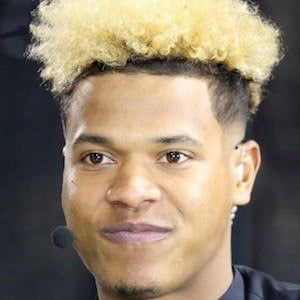 Starting pitcher who made his major league debut with the Toronto Blue Jays in 2014. He was a star for the Duke Blue Devils, setting a school record for career strikeouts.

He graduated from Patchogue-Medford in 2009.

He is one of just a handful of pitchers under six feet tall to start at the major league level since 2000.

He has a brother named Jayden and a sister named Sabria. His cousin is former minor league player Erskine Kelley.

He and Joey Gallo were both picked in the first round of the 2012 MLB Draft.

Marcus Stroman Is A Member Of