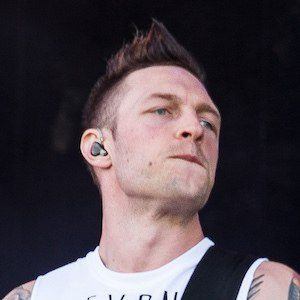 Bassist and backing vocalist who became a member of the Swedish metalcore band Dead by April in 2008. He and the band have won devoted fans with releases like Dead by April (2009), Incomparable (2011) and Let the World Know (2014), all of which cracked the top five on the Swedish album charts.

He has lived in Veddige and Gothenburg, Sweden.

He is an avid fisherman who runs the company Rockstar Flyfishing.

His band recorded a cover of Linkin Park's "Numb" as a tribute to the late Chester Bennington in 2017.

Marcus Wesslen Is A Member Of