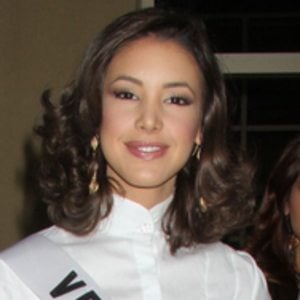 Venezuelan model and pageant contestant who won Miss Venezuela in 2009. She then competed in Miss Universe, but became only the third Venezuelan in 28 years to fail to make the semifinal.

She first won the Miss Miranda pageant in 2009, which qualified her to compete in the country-wide Miss Venezuela.

She attended the Central University of Venezuela, where she studied architecture.

She grew up in Caracas, Venezuela and is able to speak English, Spanish, and French.

Marelisa Gibson Is A Member Of