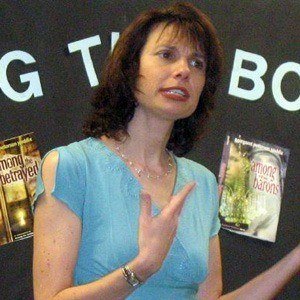 American children's author whose best-known works include The Missing series, The 39 Clues series, and the Shadow Children books. She is a recipient of the International Reading Association Children's Book Award.

She earned a degree in creative writing from Miami University in 1987 and published her first book eight years later. She also worked for a time as a newspaper editor in Indiana.

She received the Best Book for Young Adults Award from the American Library Association.

She grew up on a farm in Ohio. Later, she and her husband, Doug, became parents to two children: Meredith and Connor.

Margaret Peterson Haddix Is A Member Of