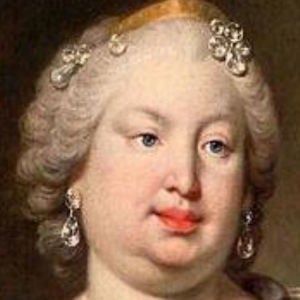 Wife of famed composer Johann Sebastian Bach. She was also his second cousin.

She grew up in Gehren, Schwarzburg-Sondershausen and went on to marry Bach while he was an organist at Muhlhausen's St. Blasius Church.

She died quickly and unexpectedly in 1720. Although the cause of her death is unknown, she is rumored to have died due to complications from pregnancy.

She had seven children with Bach and three died at an early age.

She married Johann Sebastian Bach in 1707.

Maria Barbara Bach Is A Member Of