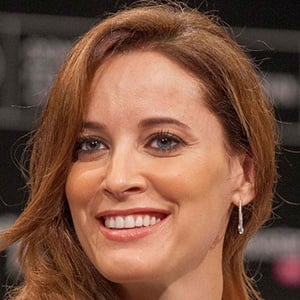 Film and television actress who won a Portuguese Golden Globe for her performance in the 2010 period drama Mysteries of Lisbon. She also portrayed Liliane Marise on the popular television series Destinos Cruzados.

She studied communication sciences at the Independent University of Lisbon.

She acted as a brand ambassador for the motor vehicle company Jaguar.

She gave birth to a son named João Bastos.

Both she and politician Jose Socrates graduated from the Independent University of Lisbon.

Maria João Bastos Is A Member Of