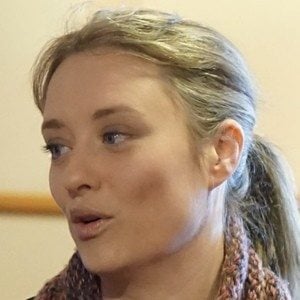 Pageant winner who became known as the wife of actor David Henrie, best known for his role as Justin Russo in Wizards of Waverly Place.

The couple originally met two and a half years prior to getting married at an event.

She won Miss Rehoboth Beach and went on to become Miss Delaware 2011.

She was one of six siblings born in Newark, Delaware. She married David Henrie in April of 2017. She welcomed a daughter named Pia Philomena Francesca Henrie in 2019 after suffering three miscarriages. On December 25, 2020, she gave birth to a son named James.

She and Melissa King both competed in the Miss Delaware pageant contest.

Maria Cahill Is A Member Of