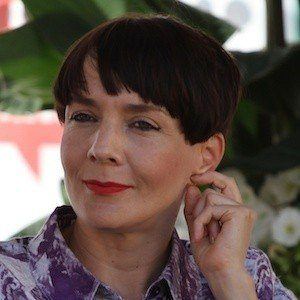 Broadcast radio and talk show host who is recognized for having served as editor-in-chief of the new Radio Helsinki. In 2009, she was named best dressed at the Elle Style Awards gala.

She began her career at the commercial radio station Radio City as an editor in the early 1990's.

She and television personality Axl Smith were both born in Finland.

Maria Veitola Is A Member Of