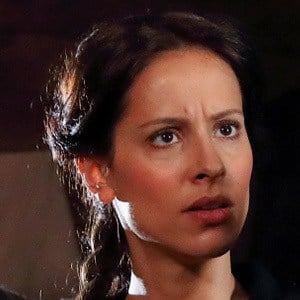 Portuguese model and television actress who is known for hosting the second edition of The Voice Portugal. She is also known for having played the character Luce in the 2009 series Let It Take You.

Her career as an actress started in 2005 when she was cast in the series Strawberry With Sugar as the character Beatriz Gouveia. She gained further recognition the following year when she joined the main cast of Fugitive Sweet.

She is also known for having appeared on the cover of FHM Magazine, Lux Woman, and Pink Press Magazine.

While she was born in Porto, she later on moved to Lisbon at the age of 16.

She starred alongside Mariana Pacheco and Lucia Moniz in the SP Television series Coracao d'Ouro.

Mariana Monteiro Is A Member Of