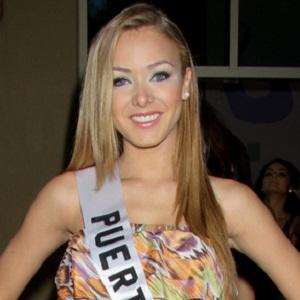 After winning the 2010 Miss Universe Puerto Rico beauty pageant title, Vicente secured a finalist spot in that same year's Miss Universe pageant. One of Puerto Rico's best-known models even before her entry into the world of pageants, Vicente was the 2005 winner of the "Face of L'Oreal" contest.

She studied at the University of Puerto Rico.

She was one of only four blonde women to win the Miss Puerto Rico title in the years between 1978 and 2010.

She was born in San Juan, Puerto Rico, to Izayma Morales and Ramon Vicente. She grew up with three younger siblings: Sebastian, Claudia, and Ramon. She married baseball player Enrique Hernández in December 2018.

Mariana Vicente Is A Member Of