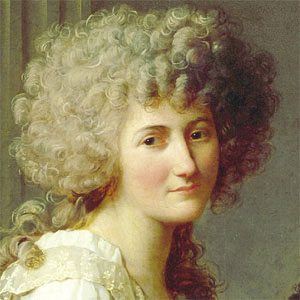 French chemist who was known as a work contributer and laboratory assistant to her husband, Antoine Lavoisier.

She worked as a gunpowder administrator for the Ferme Generale in 1775 and trained at the chemical laboratory of Guillaume Francois Rouelle.

She assisted Jean Baptiste Michel Bucquet by translating documents about chemistry from English to French.

She was married twice which included her first marriage at 13 years old to Antoine Lavoisier which was set up in order for him to not lose his job.

She was married to Antoine Lavoisier from 1771 until his death in 1794.

Marie-anne Pierrette Paulze Is A Member Of