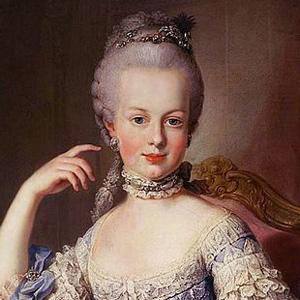 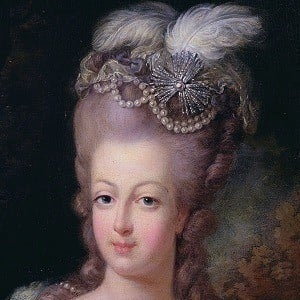 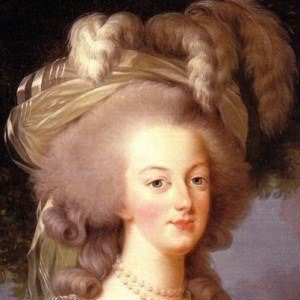 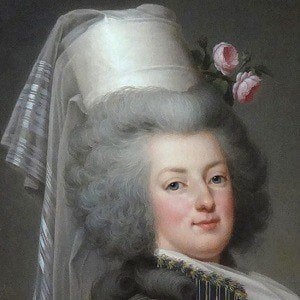 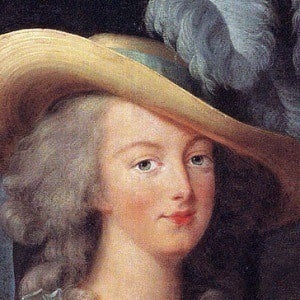 French Queen from 1774 to 1792 and wife of Louis XVI who was executed by guillotine after being found guilty of treason by the Revolutionary Tribunal. Her lavish lifestyle was often blamed by the French for their financial crisis and she was used as a scapegoat for much of France's problems.

She had an eclectic and carefree childhood; interacting with common children yet surrounded by opulence.

The phrase "Let them eat cake" is often attributed to Marie Antoinette, but there is no evidence she ever uttered it.

Her parents were Holy Roman Emperor Francis I and Empress Maria Theresa.

Kirsten Dunst played her in the contemporary movie Marie Antoinette.

Marie Antoinette Is A Member Of