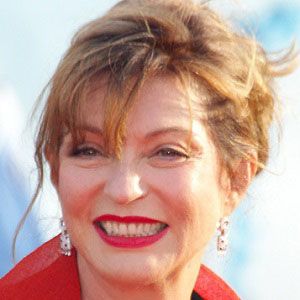 Remembered for her work in numerous French New Wave films of the mid-to-late 20th century, she is particularly famous for her Cesar Award-winning performances in the movies Cousin Cousine (1975) and Barocco (1976).

Her first film, Antoine and Colette (1962), was directed by Francois Truffaut.

She penned a novel titled Le Bal du Gouverneur and directed the 1990 cinematic adaptation of the book.

The daughter of a French colonial politician, she spent the first twelve years of her life in Dalat, French Indochina (modern-day Vietnam), and the remainder of her youth in Paris, France. Following a brief first marriage to Georges Kiejman, she raised children named Iris and Mathieu with her second husband, Thierry Funck-Brentano.

She appeared with Debra Winger in the 1979 Hollywood feature French Postcards.

Marie-France Pisier Is A Member Of