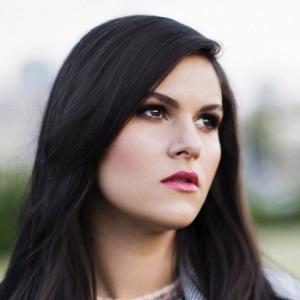 Singer-songwriter and instrumentalist known for singles such as "You're Not Alone," "6'2," and "Fall Alone," the former of which charted at #1 on the Billboard Christian Hot AC/CHR Charts.

At the age of 12, she joined her family band, playing festivals and churches, with her sister Justina as part of the bluegrass duo The Miller Sisters.

She was a finalist in the 2014 Macy's iHeartRadio Rising Star Competition. Her single "6'2" was featured on ABC's Dancing with the Stars.

She is the third eldest of 10 children, growing up in Shenandoah Valley Virginia.

She opened for Colbie Caillat, The Backstreet Boys, and Plain White Tees at the Orlando House of Blues in December of 2013.

Marie Miller Is A Member Of