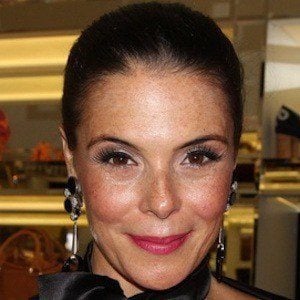 Brazilian actress, business woman, and model who became known for her television roles in Senhora do Destino and Engracadinha.

She became a champion gymnast at age ten. She also supplied photos for magazines, .

She worked as a model on advertising campaigns for Pepsi, Goodyear, and Colgate.

She was married to Malcolm Montgomery, a physician, for six years. Following her divorce from Montgomery, she married her childhood friend, Tutu Sartori.

She and fellow Brazilian actress Xuxa both became television stars.

Mylla Christie Is A Member Of