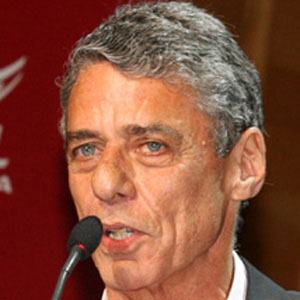 Brazilian singer known for albums like 1971's "Construcao". He is also a highly-respected writer who won acclaim for his historical novel "Leite Derramado".

He studied architecture at the University of Sao Paulo before pursuing a career in music.

His book "Leite Derramado" ("Split Milk" in English) won the Sao Paulo Prize for Literature in 2010.

His father is the noted historian Sergio Buarque de Holanda.

His song "Calice" is a duo written with the help of singer Gilberto Gil.

Chico Buarque Is A Member Of