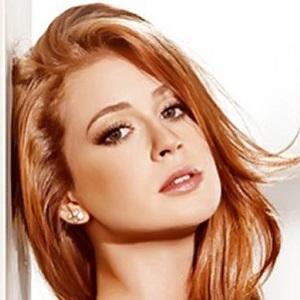 Actress who was awarded a Brazilian Youth Award in the category of Best Breakthrough for Bites & Blows and numerous Contigo Awards for roles in Bites & Blows, Seven Sins, Beautiful, and A New Beginning. She is also extremely popular on Instagram with over 37 million followers.

Her first significant role was in the film Xuxa and the Treasure of the Lost City and she had an early notable television role in Once and Again.

Also a stage actress, she has starred in musicals as Clear in 7 and as the title role in Little Red Riding Hood.

She was born in Rio de Janeiro, Brazil as an only child. She married pilot Alexandre Negrão in 2017.

She played a role in the soap opera Amor à Vida alongside Ricardo Tozzi.

Marina Ruy Barbosa Is A Member Of