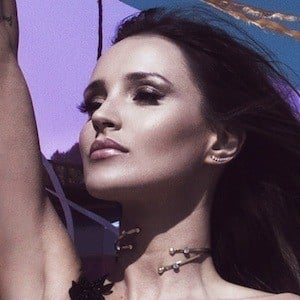 Polish singer and actress known for her album Hard Beat, which includes the top 5 single "Electric Bass." She also played Chelsea Amanda on the show 39 i Pól.

She started her entertainment career when she was young, winning children's song competitions in the 1990s. She acted in her first theatre production in 2000.

She also appeared in an episode of Usta Usta in 2010 and has more than 700,000 followers on Instagram.

She was born to Alla and Wasyl Luczenko and has a sister named Zenia.

MaRina Luczenko-Szczesna Is A Member Of