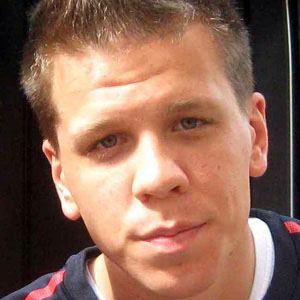 Goalkeeper who joined Arsenal and the Polish national team in 2009.

After impressing the Legia Warsaw goalkeeping coach, he was allowed to train with their first team at 15 years of age.

He joined the Arsenal youth system in 2006 and made his first team debut in a Champions League Cup match, keeping a clean sheet.

He was born in Warsaw, Poland; his father also played keeper for Poland. He married Marina Luczenko-Szczesna in 2016.

Zbigniew Boniek was another renowned Polish footballer, who also played on his country's national team.

Wojciech Szczesny Is A Member Of