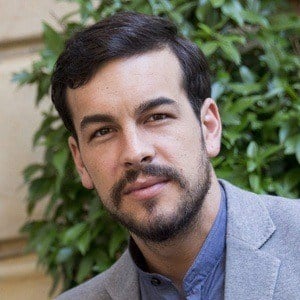 Spanish actor best known for his role as Ulises Garmendia in the series The Boat. He also became known for his work in Paco's Men.

As a child he did commercials for the brands Maggi, Boomer and Tele Pizza. During his teenage years, he studied at the Cristina Rota School of Dramatic Arts.

He earned a Premios ACE Best New Actor Award for his breakout film role in Three Steps Above Heaven (2010).

He grew up with four siblings: Sheila, Christian, Daniel and Oscar. He began dating Blanca Suárez. He was in a five-year-long relationship with actress Maria Valverde and also dated Berta Vazquez.

He starred alongside Antonio Banderas, Rodrigo Santoro and Kate del Castillo in the film The 33.

Mario Casas Is A Member Of