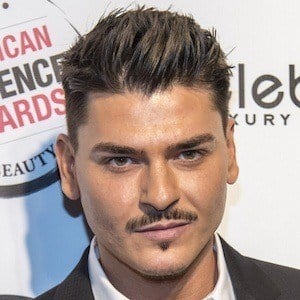 One of the most sought after makeup artists whose celebrity clientele list includes the Kardashians. He is also an ambassador for Anastasia Beverly Hills and has designed his own training program called The Master Class. He appeared on the Lifetime TV series Glam Masters.

He started off his makeup career as an entry level Sephora employee.

His makeupbymario Instagram account boasts to over 10 million followers and growing. He has had partnerships with Cover Girl, Marc Jacobs and Laura Mercier, among others.

He was raised by Albanian immigrant parents in the Bronx, New York alongside his brother.

He was one of the makeup artists who worked on Michael Jordan and wife Yvette Prieto's wedding.

Mario Dedivanovic Is A Member Of