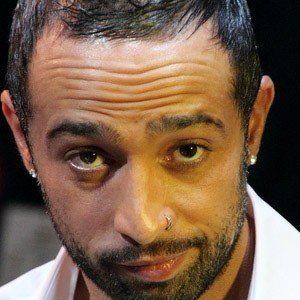 Mexican pop singer and producer best known as the lead singer of the band Camila, known for their single "Disco Amor." He has also pursued a career as a solo artist. In September 2020, he was cast as one of the judges for the Disney Plus reality-talent show Conecta y Canta.

He had an opportunity to perform with the rock group Cafe Tacuba.

He wrote a song that was performed by Alejandro Fernandez. He has won four Latin Grammies with Camila, including Song of the Year.

His real name is Mario Alberto Domínguez Zarzar. In 2013, he married Alejandra Calleros and they have two daughters together named Anja and Enya. He previously dated Mónica Noguera and singer Belinda.

He sang a duet with Paulina Rubio for the song "Causa y Efecto."

Mario Domm Is A Member Of