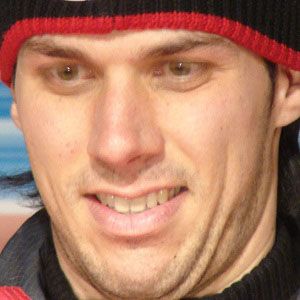 Alpine skier who won a gold medal in the slalom representing Austria at the 2014 Winter Olympics.

He won silver in the slalom at the 1998 Junior World Ski Championships.

His brother Andreas Matt won an Olympic silver medal in skicross in 2010.

Mario Matt Is A Member Of