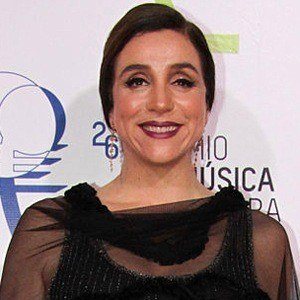 Brazilian television star most well known for her role as Magda Salão Antibes in the long-running series Sai de Baixo. She has also been seen in Bang Bang, Toma Lá, Dá Cá, and 2016's Burning Hearts.

One of her first acting roles was in the 1987 short A Mulher Fatal Encontra O Homem Ideal.

In 2009, she played Pop in the romantic thriller Smoke Gets in Your Eyes.

She was married to Evandro Pereira from 1991 to 2003. Together they had one son, João Antônio Pereira.

While on the romantic comedy series Burning Hearts, she starred opposite Mariana Ximenes.

Marisa Orth Is A Member Of