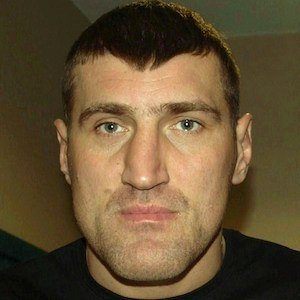 Heavyweight fighter who turned professional in 2005, and won his first 27 matches; won the WBC International heavyweight title after defeating Kevin McBride via 4th round knockout on July 29, 2011.

He had a very successful amateur career that resulted in him being named an alternate for Poland's 2004 Olympic team.

In 2012 he failed a drug test following his first career loss, and openly admitted that he had doped.

He was born in Krakow, Poland, but later moved to New Jersey.

Mariusz Wach Is A Member Of