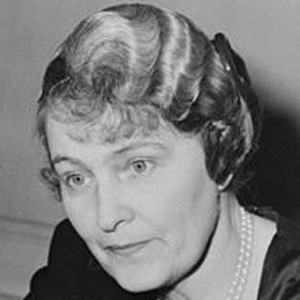 Daughter of cereal magnate CW Post who founded the General Foods company and became one of the richest women in the country.

She grew her father's company with the addition of a frozen food line brought in by her first husband.

She amassed a sizable Russian art collection after the Communist government started selling them off.

She married her first husband Edward Bennett Close in 1905.

She was a distant relative of actress Glenn Close.