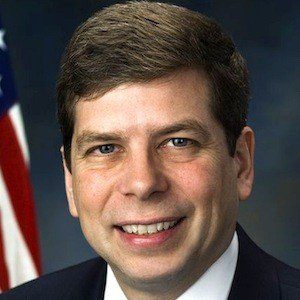 Democratic politician who became a United States Senator from Alaska in 2009. He had previously been the Mayor of Anchorage for six years.

In 2008, he defeated incumbent Ted Stevens, the longest-serving Republican member of the Senate of all time. He is the only U.S. Senator without a college degree.

He is the son of former U.S. Representative Nick Begich, who died in a 1972 plane crash.

He served in the Senate alongside fellow Alaskan senator Lisa Murkowski.

Mark Begich Is A Member Of