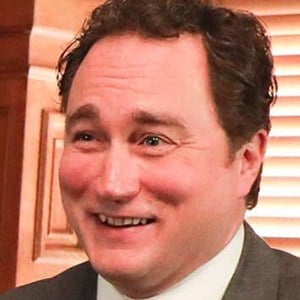 Canadian actor, writer, and comedian who is best known for his appearances on the comedy series This Hour has 22 Minutes. For his work on the show he has received the Gemini Award, Canadian Comedy Award, and the Writers Guild of Canada Award.

He started his career in comedy as a frequent guest on the CBC Radio One show Madly Off in All Directions. He then started performing at several comedy festivals including the Just for Laughs Festival and the Winnipeg Comedy Festival.

He is also known for his philanthropic works in Newfoundland and Labrador where he served as honorary chair of the Victoria Park Foundation in St. Johns as well as the honorary fundraising patron of the O'Brien's Farm Foundation.

He was born and raised in St. John's, Newfoundland, Canada.

As a star of the This Hour has 22 Minutes program, he has interviewed and accosted several different celebrities including John Kerry, Michael Douglas, Alec Baldwin, and Justin Trudeau.

Mark Critch Is A Member Of