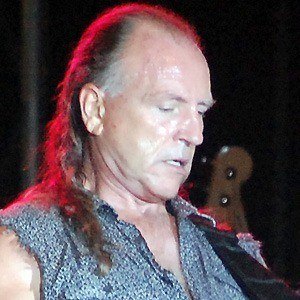 Guitarist, singer, and songwriter who was a founding member of the 1970s arena rock band Grand Funk Railroad.

He started out playing the tuba, but quickly realized he would not make it as a star with that instrument.

He and his wife Lesia have been married for more than thirty years; they have three sons.

He credited the televangelist Billy Graham with saving Farner when he was little.

Mark Farner Is A Member Of