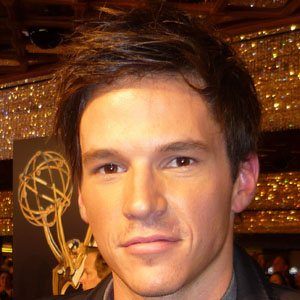 Television actor best known for playing Nathan Horton on the popular soap opera Days of Our Lives. He also starred as Zach on the CBS series Ghost Whisperer: The Other Side.

After studying voice and music education at Syracuse, New York's Onondaga Community College, he relocated to Los Angeles, where he trained at Playhouse West.

In 2009, he appeared in five episodes of the Disney Channel's Hannah Montana.

He grew up in Buffalo and Rome, New York, as the son of Debbie and Robert Hapka.

He appeared in the 2007 James Franco feature Good Time Max.

Mark Hapka Is A Member Of