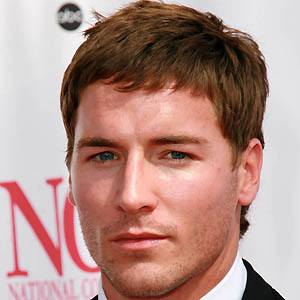 American actor who became known for his performance as Fox Crane on the soap opera Passions and portrayed Kamen Rider Wrath on Kamen Rider: Dragon Knight.

He appeared in the TV movie, The Retrievers, and played a minion in the Lindsay Lohan film, Just My Luck.

He was the third actor to play the role of Fox Crane on Passions.

He was born and raised in Tuscon, Arizona.

He took over his role on Passions from Justin Hartley, who played Fox Crane from 2002 to 2006.

Mark Cameron Wystrach Is A Member Of