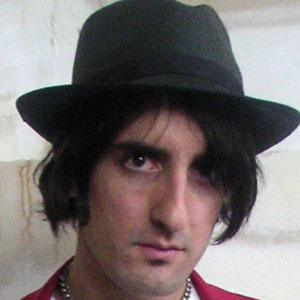 Lead guitarist for the rock band Sugarcult who has also participated in side projects, like Bad Astronaut and The Playing Favorites.

He met his bandmates at a concert and was asked to join without an audition; he was nicknamed Marko 72.

He wrote articles and columns for Punk Rock Confidential Magazine, Substream, The Independent, and Black Velvet.

He was born and raised in Santa Barbara, California. He has a son named London and a daughter named Sienna with his wife Victoria.

He and Sugarcult opened for Billie Joe Armstrong and Green Day.

Marko DeSantis Is A Member Of