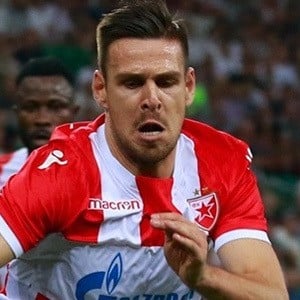 Soccer player who has been a utility man for such clubs as Sloga Kraljevo, Napredak Kruševac and Red Star Belgrade. He was called up to Serbia's senior national squad in 2016.

He began training with his local youth squad Bubamara in 1991.

He won Serbian SuperLiga with Red Star Belgrade in 2017-18.

He has dated model Maja Tomic.

He has played alongside Marko Marin at Red Star Belgrade.

Marko Gobeljic Is A Member Of