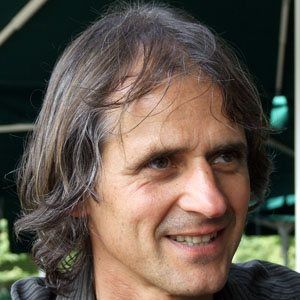 German composer and trumpet player who played in several notable jazz groups and won the German Music Competition in 1981. After his debut 1989 album, Cosi lontano ... quasi dentro, he released fourteen more before 2008.

He studied piano and classical trumpet at the Cologne Musikhochschule and made his jazz debut in 1974.

He primarily played improvised and contemporary music, playing classical music upon request. He also wrote film and theatre scores with his brother Simon.

His father, Karlheinz Stockhausen, was also a notable composer in Germany and they worked on music together.

He performed on Ralph Towner's album 1988 City OF Eyes.

Markus Stockhausen Is A Member Of