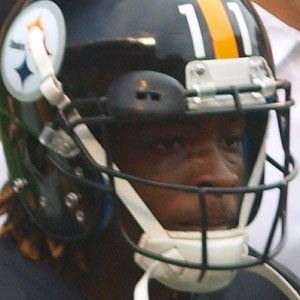 Wide receiver and special teams standout who began his NFL career with the Pittsburgh Steelers in 2013. At Oregon State University, he was a First-Team All-Pac-12 selection.

He played at Chandler High School, where he won Honorable Mention all-State honors.

He was also a track star at Oregon State, finishing second in the 100 meter event at the 2012 Oregon Twilight Meet.

He and running back Le'Veon Bell were both selected by the Pittsburgh Steelers in the 2013 NFL Draft.

Markus Wheaton Is A Member Of