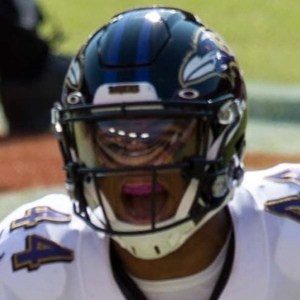 Cornerback who was taken with the 16th overall pick in the 2017 NFL Draft by the Baltimore Ravens. He played college football for the Alabama Crimson Tide, where he started at cornerback and won the college football national championship in 2015.

He was ranked as the national number 2 cornerback prospect in the high school class of 2014. He was named a USA Today high school All-American for the 2012 and 2013 seasons.

He earned a silver medal in the 110 metres hurdles event at the 2013 World Youth Championships for track. He was named to the USA Today All-American track and field team for 2013.

He was born and raised in Hoover, Alabama.

He was the number 2 cornerback prospect in the country for the class of 2014 behind only Jabrill Peppers.

Marlon Humphrey Is A Member Of