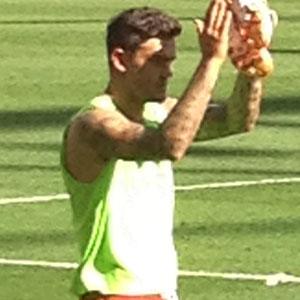 Midfielder who joined Bristol City in 2013 after spending two years with Cheltenham Town.

He debuted professionally for Portsmouth in 2007 after coming up through the club's youth system.

He was sent on loan to the Wycombe Wanderers, Dagenham & Redbridge and Cheltenham Town from 2009 to 2011.

He was born in Portsmouth, England. He has a son named Milan with his wife Lauren.

He and defender Lewis Buxton both came up through Portsmouth's youth system.

Marlon Pack Is A Member Of