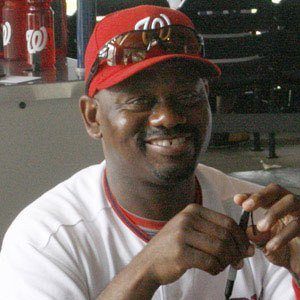 Standout defensive center fielder who starred as a leadoff hitter for the Montreal Expos.

He played both pitcher and outfielder at Florida A&M University

On July 28, 1991, he caught the final out to preserve a perfect game for teammate Dennis Martinez.

He had four children before divorcing his wife Daphne.

He played in the outfield with teammate Larry Walker for the Montreal Expos in the early 1990s.

Marquis Grissom Is A Member Of