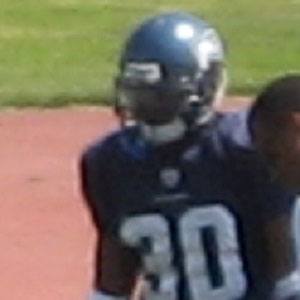 NFL running back who played for the Seattle Seahawks from 2005 to 2007.

He played college football at the University of Virginia.

He became a member of the Denver Broncos' practice squad in 2007 but never made his way onto the team's game roster.

He was born in Fort Ord, California.

He was teammates with quarterback Matt Hasselbeck during his tenure with the Seahawks.

Marquis Weeks Is A Member Of