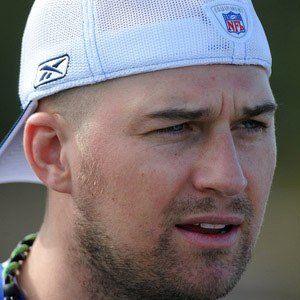 Three-time Pro Bowl quarterback who took the Seattle Seahawks to the Super Bowl in the 2005-2006 season, but lost to the Pittsburgh Steelers.

He played quarterback in the Big East at Boston College University.

After his run in Seattle ended, he signed a three-year deal with the Tennessee Titans, becoming teammates with the sensational Chris Johnson.

He married Sarah Egnaczyk in 2000 and he has three children named Henry, Annabelle and Mallorie. His younger brother Tim also played quarterback in the NFL.

Matt Hasselbeck Is A Member Of