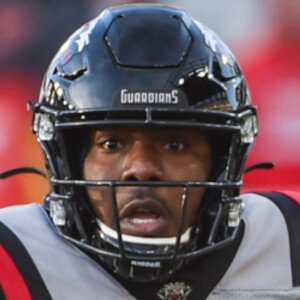 American quarterback who had a record-setting career at the University of North Carolina, leading the team to an ACC Coastal Division title as a senior.

He attended Mallard Creek High School, where he was a four-star recruit.

By the time he graduated from North Carolina, he had set more than 20 school records.

He was born to Bernard Whiteside and Lisa Williams.

He was a backup to Bryn Renner when he originally arrived at UNC, but took over the starting job as a sophomore after Renner was injured.

Marquise Williams Is A Member Of