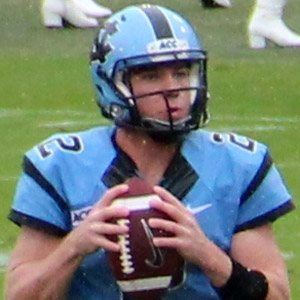 Quarterback who passed for more than 8,000 yards and 64 touchdowns in 34 games at the University of North Carolina at Chapel Hill.

He played football, basketball, and baseball at West Springfield High School in Virginia.

Before playing football at UNC, he worked out with the New York Yankees and considered trying to play both sports.

His father Bill Renner was a punter for the Green Bay Packers and coached him in high school.

He played alongside running back Giovani Bernard on the North Carolina football team.

Bryn Renner Is A Member Of