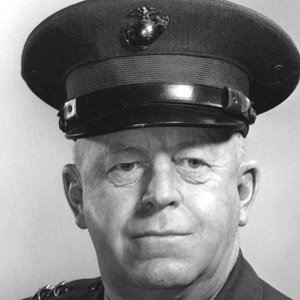 World War II hero of the Battle of Guadalcanal and recipient of the prestigious Medal of Honor.

He served in the Marine Corps as a second lieutenant and was transferred to the American air base in Guam.

He commanded a battalion that guarded the Henderson airstrip in Guadalcanal.

He was born in Rutland, Vermont and grew up in nearby Chester.

He and Doris Miller both received the coveted Medal of Honor for their bravery during World War II.

Marritt A. Edison Is A Member Of