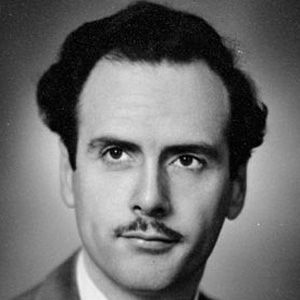 Canadian academic, communication theory expert, and philosopher who wrote about mass media and predicted the World Wide Web thirty years before its inception. His important publications include The Mechanical Bride (1951), War and Peace in the Global Village (1968), and Understanding Media (1964).

His careful study of the work of theologian G. K. Chesterton spurred his 1937 conversion to Roman Catholicism.

He was born in Alberta, Canada to Elsie Naomi Hall and Herbert Ernest McLuhan. He and his wife, Corinne, became parents to two sons (Eric and Michael) and four daughters (Mary, Teresa, Stephanie, and Elizabeth).

Woody Allen was a vocal supporter of McLuhan's research center.

Marshall McLuhan Is A Member Of