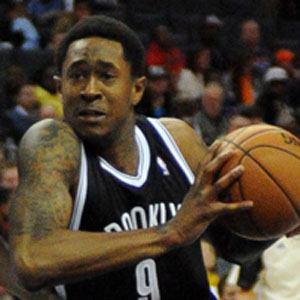 Former star of Providence College who joined the NBA's Brooklyn Nets in 2011; traded to the Boston Celtics in 2013 and then traded to the Golden State Warriors midway through the 2013-14 season.

He spent his freshman and sophomore seasons at Providence largely on the bench, but in his junior and senior seasons made great strides.

He was voted to the NBA's All-Rookie Second team in 2012, the same year he was named one of the league's Rising Stars.

He was born in Long Branch, New Jersey, then moved with his family to Georgia at 6 years of age.

He played alongside Deron Williams during his time with the Nets.

MarShon Brooks Is A Member Of