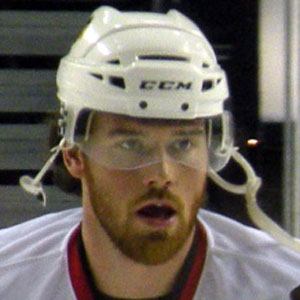 Czech winger who began his NHL career with the Ottawa Senators in 2000.

He won a World Championships gold medal with the Czech Republic national team in 2000.

He has a sister named Lenka and a half-brother named Slava.

He was teammates with Matt Cullen on the Minnesota Wild from 2010 to 2011.

Martin Havlat Is A Member Of