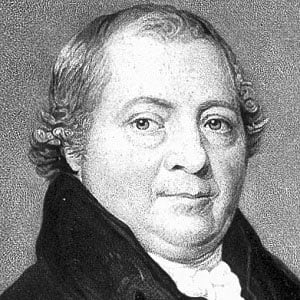 German chemist responsible for the discoveries of the periodic elements uranium, zirconium and cerium.

He spent a large portion of his life learning the ways of an apothecary and was an assistant in several pharmacies.

He was a chemistry lecturer at the Prussian Royal Artillery. There is a crater on the moon named after him.

He was born in Wernigerode, Germany and died in Berlin, Prussia. His son Julius was a famour orientalist.

He was a famous German scientist like Albert Einstein.

Martin Heinrich Klaproth Is A Member Of