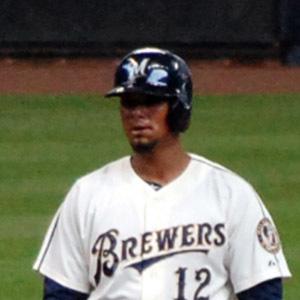 Major League Baseball catcher who was traded to the Houston Astros from the Los Angeles Angels during the 2018 season. He's known for his defensive prowess and won his first Gold Glove Award in 2017.

He was selected by the Angels in the 27th round of the 2004 MLB draft.

He won a silver medal with Puerto Rico at the 2013 World Baseball Classic.

He shares pictures of his wife Janelise and their daughter on Instagram.

He competed against the Boston Red Sox and Mookie Betts in the 2018 American League Championship Series.

Martin Maldonado Is A Member Of