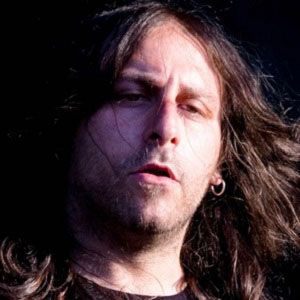 Uruguayan bassist best known for his work as part of the acclaimed progressive death metal band Opeth. He is known to fans for his stoic demeanor and windmill-style headbanging during live performances.

He joined Opeth shortly after the recording of the band's third album, 1998's My Arms, Your Hearse.

He has been bandmates with Opeth singer and guitarist Mikael Akerfeldt.

Martin Mendez Is A Member Of